Skip to content
Social media, in particular, has been a fascinating platform to observe with teachers from all phases, sectors and career stages offering their thoughts on SATs. As is the case whenever we imagine a major top-down, nationally imposed, non-negotiable change which has to be implemented (in the curriculum at an educational institution which affects the learning in the organization) it is reasonable to expect that different stakeholders will hold different views. 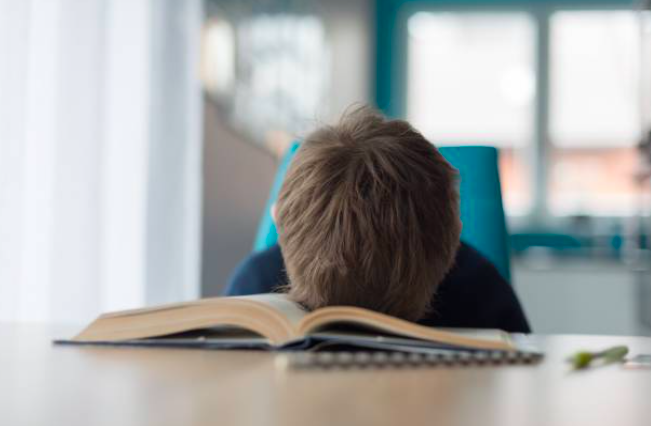 The recent announcement by Leader of the Opposition Jeremy Corbyn that an incoming Labour Government would scrap SATs in schools has opened debate within the teaching profession.

I should state from the outset that I make this offering from the fortunate position of not being directly affected by the SATs conversation. As a Manxman working in an Isle of Man federation of schools, I am governed by a different Parliament and work in an education system that rejected SATs testing long ago. I humbly submit that this gives my words a less emotive starting point.

Social media, in particular, has been a fascinating platform to observe with teachers from all phases, sectors and career stages offering their thoughts on SATs. As is the case whenever we imagine a major top-down, nationally imposed, non-negotiable change which has to be implemented (in the curriculum at an educational institution which affects the learning in the organization) it is reasonable to expect that different stakeholders will hold different views. It is not the ‘change’ itself which leads to these differences in views, but the stakeholder’s differing worldviews. And with an agenda for such worldviews to be deepened, challenged or reshaped, educational research begins from and exists within a range of differing paradigms.

Parking the unresolved issue of SATs, let us try to consider a change within a primary school setting that requires significant workforce, resource and curriculum remodeling so that levels of intervention are personalized and individualized much more for different groups of learners. Let us also imagine four people, one from each of the following paradigms – positivism, interpretivism, critical research, constructivism – discussing this change and the issues that it presents for them. For each person I will identify a likely research question and will explain how their research question would be enacted:

Positivists often begin from a hypothesis which is to be tested. In this case a positivist may take the view of learning and learners as being something which would benefit from close levels of intervention, and may wish to research the extent to which this intervention has upon learning. The underlying ontological assumption of this positivist may well be that learning occurs when information or knowledge is transmitted to a learner from a teacher. A suitable research question may seek to examine the links between levels of intervention (resources, teacher input, curriculum delivery) and learner outcomes to support their hypothesis. It is likely that such research would seek to be large-scale, so that generalizations could be drawn.

A likely research question for the positivist in response to my scenario may be:

“To what extent do teaching assistants impact on pupil learning in primary classrooms when deployed to pupils 1:1?”

This question fits within the positivist paradigm because it implies that impact is measurable through the inclusion of the word ‘extent.’ The implication carries that if it is measurable it is observable and empirical. The likely design frame would be experimental, working with quantitative data, perhaps making use of a randomized controlled trail, which would act, as some like Carole Torgerson suggest, as “an evaluative method used…to establish whether or not an [educational] intervention is effective.”

An interpretivist may, when discussing the change scenario above, present a view that learning is inextricably linked to an individual’s confidence and self-esteem; raise these aspects of a learner’s learning dispositions, and you find the find the key to learning progress is presented. If the nationally imposed change brought about more dedicated one-to-one support for lower-attaining pupils from poor socio-economic backgrounds from a teaching assistant, an interpretivist may be of the view that such support drawing on a learner’s cultural background will help to boost their confidence, self-esteem and independence as learners. The emphasis on recognizing that learners should be encouraged to make sense of learning in the light of their own personal circumstances represents an ontological and epistemological position that examines how people make sense of their situation, the problems they may face and how they overcome them.

A likely research question for the interpretivist in response to my scenario may be:

“How is the learning of low-attaining pupils (from a low socio-economic background) affected by teaching assistants?”

This question, as opposed to the positivist’s, centres the pupils as the focus, and recognises that they are active in the learning process rather than simply being taught by teaching assistants.

The interpretivist may opt for an ethnographic design-frame, within a limited scope and scale. It is likely to be small-scale exploratory research which focuses many of its conclusions on the back of discussions with teaching assistants and pupils, perhaps in just one setting. The interpretivist’s research will be looking at how people make sense of their world: in this case, interviews and classroom observations could be used to establish the sense made of their world by the teaching assistants, and the teachers, parents and learners they worked with. The likely subjectivity of any interpretations of data collected in this way also help to position this within the interpretivist paradigm. The interpretivist would be interested in how the relationships between the teaching assistant, teacher and learner all impact on the rate of progress / learning of the pupil and support the interpretivists ontological position that the role of each individual potentially impacts, and that is inextricably linked to the epistemological favouring of the ‘observational,’ i.e. qualitative research using questions and exploring individual perceptions in order to give rise to conclusions.

Renowned educational researcher Nathaniel Gage postulates that critical theorists imply research ‘should be looking at the relationship of schools and teaching to society – the political and economic foundations of our constructions of knowledge, curriculum and teaching.’ In looking to change or shape structure, a critical theorist is likely to want their research carried out in such a way as to provide knowledge that is directly relevant to the struggle of some oppressed or marginalised group.

The ‘critical’ researcher is likely to begin from a general theoretical or political perspective about the role of the teaching assistants in schools, and this will shape both the key areas of the research to be examined and how it is implemented. One possibility is that the critical researcher might be interested in the way the deployment of support staff in schools is decided upon and to which pupils they are assigned to help. Their focus would be on the school, its management and groups of pupils just as much as on the teaching assistants and their interventions. Particular emphasis may be given to how and why some pupils qualify for more support than others.  They may consider how institutional arrangements are structured in such a way as to appease stakeholders who accept the arrangements, even though these may discriminate against some groups of pupils who are deemed exempt from access to as much teaching assistant support as others.

When studying for my Masters degree I learned that ‘the model of society that ‘critical’ researchers adopt involves evaluations and not just factual claims: some group is described as oppressed, or as suffering inequity or injustice, and these words clearly indicate that the situation is judged undesirable or unacceptable. The kinds of research questions asked reflect these evaluations’ (Open University.) Given this, a likely research question for the critical theorist in response to my scenario may be:

Qualitative methods are likely to be the main resource. The study would probably focus on a relatively small number of cases, so that detailed data could be obtained to facilitate understanding the complexities of policy-maker perspectives and activities, and how these change over time. The data is likely to include questionnaires and interviews and researchers will spend time ‘digging deeper’ to explore issues.

Usually, constructionism is associated with qualitative data but this depends very much on which version is taken up in research. If the nationally imposed change requires a more personalized approach to interventions, a constructionist may wish to look at learner – resource interaction and could be interested in teaching assistant interaction to help improve the learners’ engagement with the resources and understanding of the resources which would be necessary for learners cognitive development. In this instance, a cognitive constructionist may ask the question: ‘Do scaffolds to improve interaction between pupils and learning resources lead to higher levels of achievement and improved understanding? The researcher may devise an experimental design with control groups and intervention groups and assess the improvements in individual children’s learning using pre and post assessments that allow them to generalise across the groups. Researchers from a constructionist paradigm would have approached this research across schools, and looked to undertake case studies of learners and teaching assistants within schools, in order to evaluate how individual teaching assistants implemented the scaffolding intervention, and the consequences of this for what was made available to learn.

Social constructionists might be interested in developing the talk between pupils to enable the development of intersubjectivity and focus on the way the teacher assistant scaffolds children’s learning and enables them to engage with the worksheet, etc. The question might be:

“Can pedagogic strategies be developed that improve the quality and productivity of talk in classrooms?”

In this scenario, the researcher may seek to look at ways in which teaching assistant talk around a particular learning resource impacts on pupil’s engagement and interaction so that pupils are prompted to think, articulate understanding and discuss key concepts. The focus would be the impact of the intervention on pupil’s talk – and again this may be measured using pre and post assessments, drawing on evidence from recordings and observations of the interventions and the children’s discussions.

So where does any of this get us in terms of the current assessment debate centred around SATs? In my blog I’ve used the imaginary scenario of nationally imposed change relating to teaching assistants as a means by which to demonstrate that, if nothing else,  the differing worldviews of different stakeholders means that there will be very distinct lines drawn in any such debate – and with SATs, as is the case in my imagined scenario above, the challenge is seeking to find common ground and consensus. Stephen Ball’s suggestion that research should not necessarily lead to some kind of proof or truth, but instead should concern ‘complexity, uncertainty and doubt’ (a recurring theme in his works,) has prompted me to consider the ‘fluid’ nature of educational research in both response and outcome. Try to recognize where you fit within the four positions outlined above and ask yourself why you feel any compatibility with one model, and, if like me that isn’t immediately obvious then it may be worth reflecting why the words of Jeremy Corbyn are only the beginning of an as yet unknown journey – and certainly not the magic bullet answer he seemed to promise.